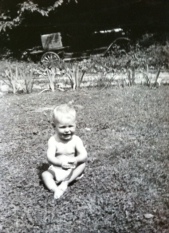 When my dad was born, the doctor told my grandmother that he was going to die. He had a rare congenital birth defect affecting his lower abdomen, and there was little chance that it could be surgically corrected. My grandma was advised to enjoy the brief time that she would have with her blonde-haired bundle of joy. The doctor didn’t even file a birth certificate. There was no hope. And that was that.

That may sound cold and heartless, but the doctor’s prognosis was probably reasonable for a baby born with such a rare and serious condition to a blue-collar family living along a remote gravel road in The Middle of Nowhere, Ohio, in 1950. But the doctor didn’t know that my grandma, who was already raising my dad’s four siblings and who had kept the home fires burning while my grandfather served abroad in World War 2, did not take “no” for an answer. Ever. Her tenacity in caring for that baby and her unwavering faith in God are now preserved in family legends. She refused to surrender without a fight, ultimately seeking treatment at the best children’s hospital in the state despite having little means to do so, and the fact that I exist to write this is evidence that her persistence paid off.

But this essay isn’t about my grandmother. It’s about the baby, my dad, who was immersed in a battle long before he knew what fighting for your life actually meant. First, he survived infancy, which was an impressive feat in itself.   Then, after many childhood surgeries, excruciating recoveries, and months of hospitalizations far from home, he was still thriving at the age of thirteen – another milestone that doctors did not believe he would reach. (This earned him a bit of spoiling from his older siblings, one of whom actually bought him a pony. No joke.) 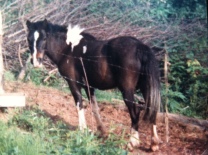 As soon as he was old enough, he began working full-time, insisting on exerting his independence and keeping up with – or surpassing – his peers. A few years later he was married, something he probably never imagined given his gloomy prognosis as a child. He and my mother were reminded that he would never father children, but the young couple figured there was no harm in trying, and, voila, the family grew by one girl and one boy. 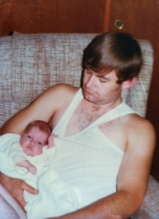 Even after beating so many odds, my dad didn’t waste time contemplating old age. Why would he? He had already challenged fate so many times that expecting to qualify for the senior discount at McDonalds seemed a bit presumptuous, even to him. But last year he retired from a long and respected career as a butcher, and today his biggest smiles can be attributed to his four grandsons. I bet his younger self never, ever saw that coming. 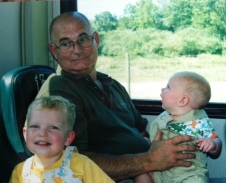 My dad doesn’t talk much about his medical history, and he probably won’t appreciate that I am writing about it either. In fact, most of what I know has been collected in bits and pieces from my grandma, my mom, and my aunts and uncles, and only because I won’t stop asking. Maybe the stories churn up too many painful memories. Or maybe, like an old sweater, the memories have lost their shape and just don’t fit right anymore. Regardless, I know that my dad’s experiences shaped him, and, in turn, shaped me. Here’s just a sampling of the wisdom he has shared by being the man who would never give up.

This is just a sampling of the lessons that I learned from my dad, a man who has always refused to give in or give up. On this Father’s Day, I am so grateful for his unfailing perseverance; it is, after all, the reason I am even here. I am also grateful that his grandchildren are still learning from him today, so many years after he was given a death sentence while swaddled in my grandmother’s arms. Thanks, Dad, for fighting the good fight and beating the odds. I will always root for the underdog because of you; those unexpected victories are so much more rewarding. 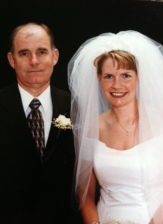 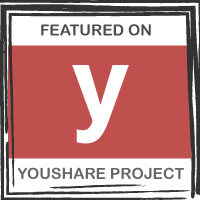